The history of the Seed Centre in Nidzica dates back to 1956. Our company has been active on the market since 2000.

potatoes, allows strict quality control, which brings satisfaction to the most demanding customers. As of the first day of our activity, we have set ourselves one goal – we want to build a trustworthy brand. We invite you to work with us. Should you have any suggestions or comments, do not hesitate to send them to us for our review. CN NIDZICA is a company that focuses onthe provision of comprehensive services in the agricultural sector.

The main activities of the company include:

CN Nidzica has been active in the seed industry for almost 80 years.

The combination of tradition and innovative management enabled us to be among the leaders of polish seed companies. Numerous awards and certificates and a large number of regular and satisfied customers guarantee the highest quality of our brand. The seed material produced mainly on the Company’s farm is subject to quality control at each stage of production.
In recent years, we have modernized our production and storage buildings as well as technological lines located in them – as a result, we are able to produce a world-class product.

We are expanding our range of products, services and activities all the time.
Our mission is to provide comprehensive services for agriculture and build a brand which promotes trust.

CN NIDZICA is one of the leading companies in the field of agricultural services.

Many of our products have been recognized as leading products. We are confident that our services and support will meet your expectations and guarantee high profitability. CN NIDZICA is not just our workplace. We have been developing our family business withpassion for 20 years.

Our partners include leaders of the agricultural market from Poland and around the world.

Only thanks to reliable partners and long-term cooperation, we were able to build a company that was so dynamically operating on our market.

The companies we work with include:

Many years of experience and a permanent position on the market have resulted in many awards.

We belong to the elite group of Business Gazelles.
We also received a distinction in the Forbes Diamonds ranking. 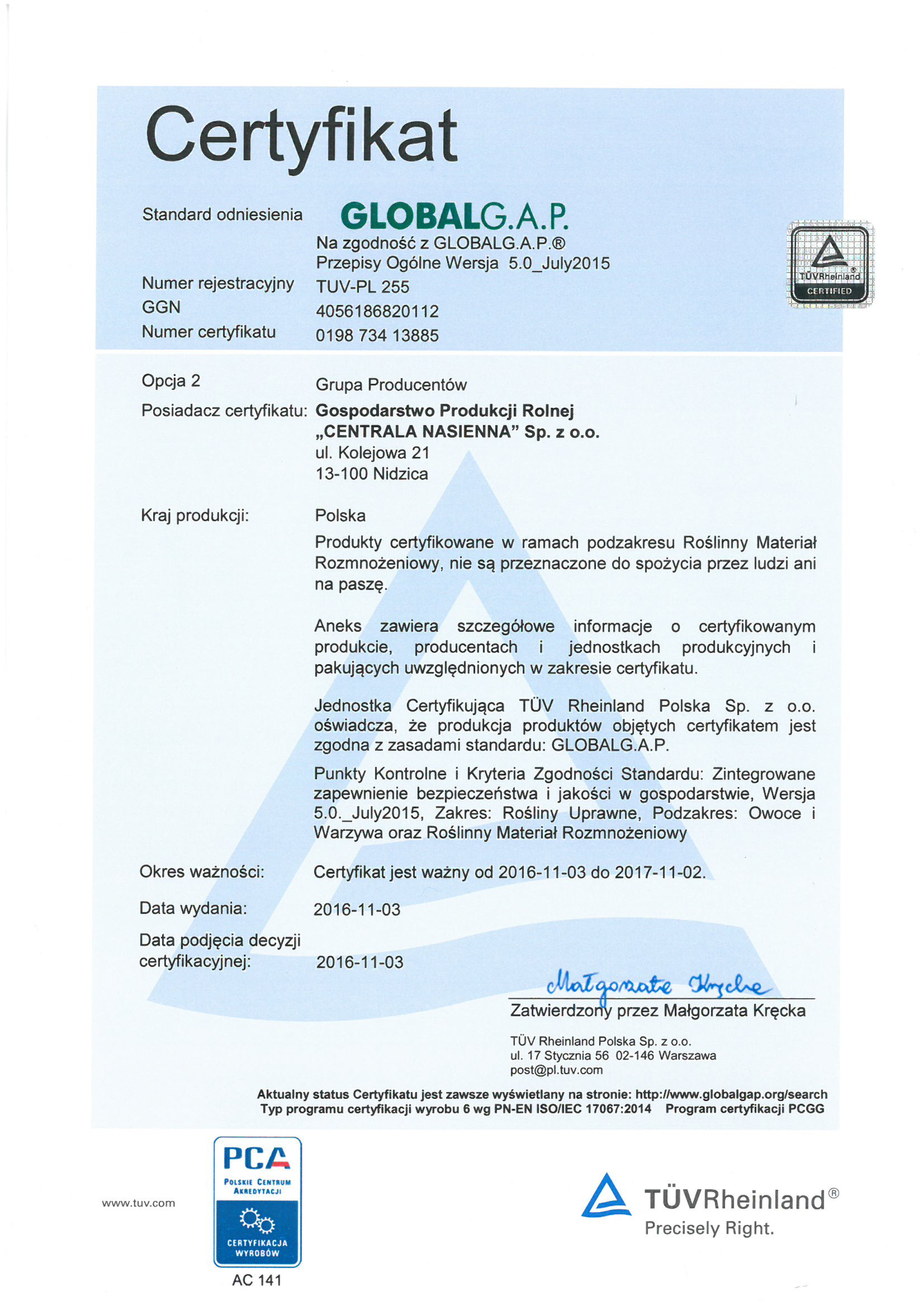 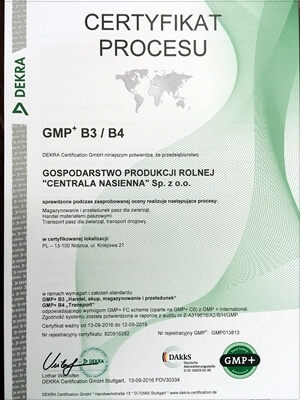 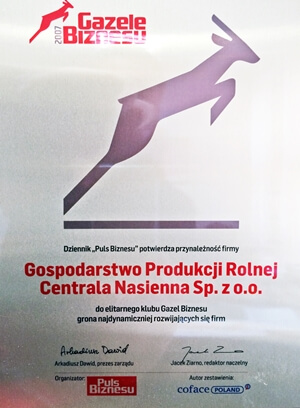 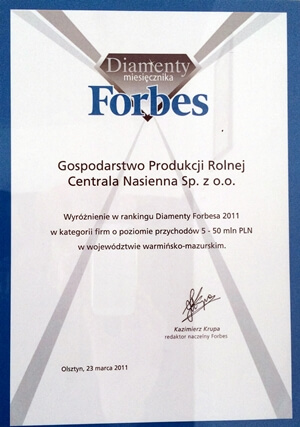 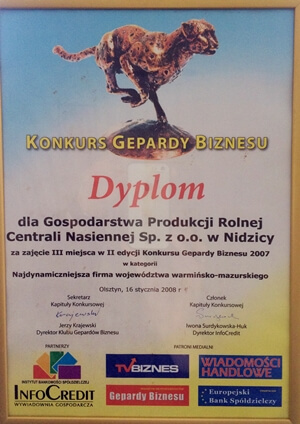 Extension of the storage base and increase in production to the level of 2000 ha, including 300 ha of seed potatoes.

Modernization of the seed line, reconstruction of the reception hall, increasing the capacity of the initial raw material warehouse, assembly of a new receiving mill, CIMBRIA gravity cutter and table. Launch of a new dressing line. The level of seed material production – 1000 ha, including 250 ha of seed potatoes.

Reconstruction of warehouse halls with modernization, enabling the storage of potatoes in the amount of up to 5000 tons. Increasing the production of seed material to 500 ha, including 100 ha of seed potatoes.

In 2000, the company was privatized. The new owners of the plant are Jan and Tomasz Bieńkowski. The company has been operating unchanged since 2000 and is a family business based on several decades of tradition and experience. The production of seed material takes place on an area of ​​300 ha, including contracting.

The Nasienna Headquarters in Nidzica was established by the Olsztyn Plant Hodowli Roślin i Nasiennictwa in Olsztyn and dates back to 1956.